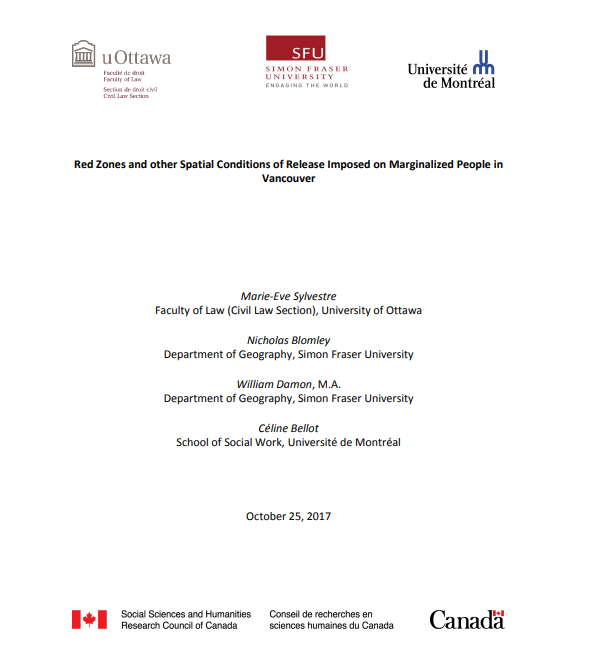 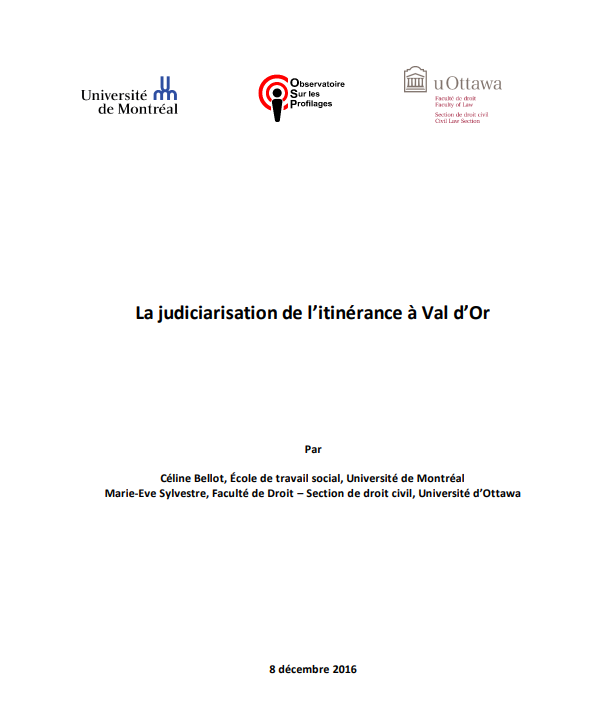 This report provides findings on a research project focused on conditions of release with
spatial dimensions, such as area restrictions or ‘red zones’, no go orders, no contact,
non-association and residential conditions, and curfews, imposed at the bail or at
sentencing stages to marginalized groups of people, including the homeless, street-level
drug users and sex workers and political protesters, who use public spaces in four
Canadian cities (Montreal, Ottawa, Toronto and Vancouver). We focus here on the
Vancouver findings

Our main findings include: